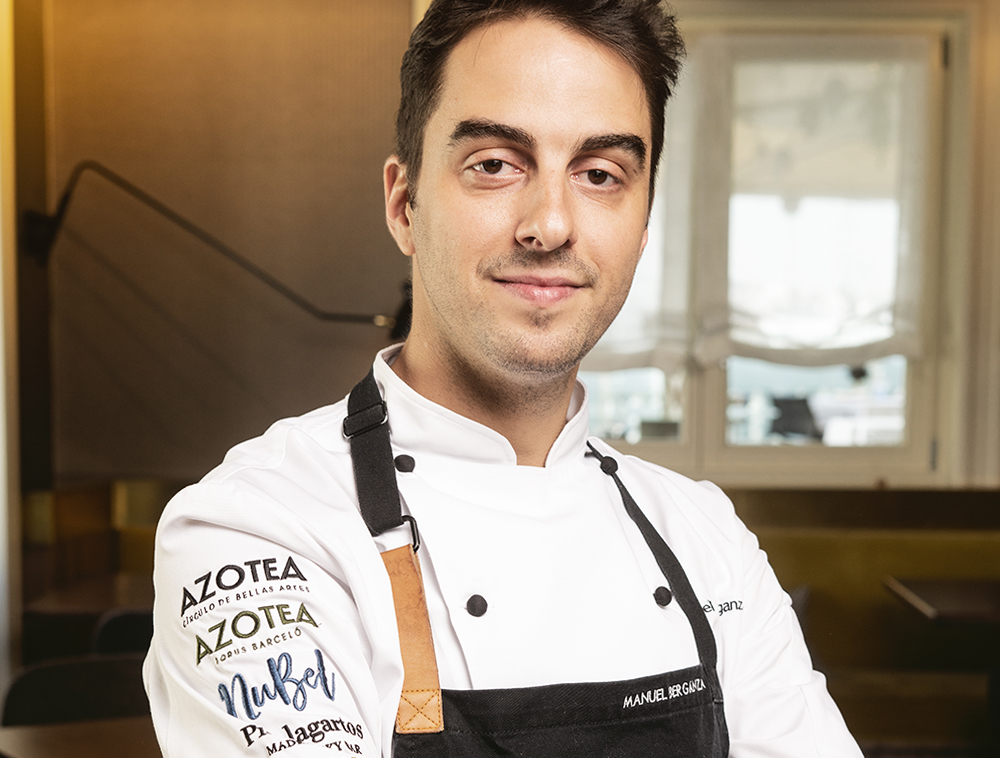 Manuel is a young (1985) Asturian cook trained in Bilbao and who has worked with Sergi Arola, who was his teacher in La Broche and in his bistro Sergi Arola Gastro,as second of cuisine, and where they got two Michelin Stars.

In 2012 he moved to New York and opened his Andalusian 141project, a tapas concept on the Upper West Side in Manhattan where he got a Michelin Star.

In 2017 he moved to Singapore to start the Tapas Clubproject, a concept of Spanish restaurants that expanded rapidly through Singapore, Indonesia and Malaysia and in which he was in charge of a large number of people.

His international profile is confirmed by his collaborations on projects around the world: he has worked in Russia, Mexico, New York, Switzerland, Atlanta and Los Angeles.